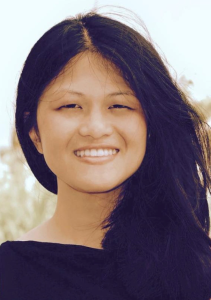 Sacrificial Rites and Rituals of Resilience in the
Burmese Democracy Movement

The Burmese democracy movement and the community of political prisoners (known colloquially as naingkyin) that comprised it had a profound impact upon the trajectory of modern Burma, yet their contributions have been overlooked by scholars. What little scholarship exists on the democracy movement ignores the naingkyin’s culture, psychology, and subjectivity. There are no accounts of Burma written from the naingkyin’s point of view and few accounts that represent them as complex, whole, reflexive human beings embedded in an equally complex, whole, reflexive community. In this talk, I move past the dominant transnational discourses that have been used to analyze the Burmese democracy movement—that of human rights, humanitarianism, neoliberalism and the public health model of trauma. Instead, I focus on an indigenous concept known as anitnah, which resembles the English term of “sacrifice.” I use anitnah as a framework for understanding how individual political prisoners, as well as the social movement community, reconstitute themselves after experiencing violence in the interrogation centers and prisons. Rather than viewing their encounters with torture as resulting in what Western psychiatrists would identify as “trauma,” naingkyin view themselves as having undergone a necessary rite of passage. I describe how the naingkyin occupy a “field of merit” and unpack the complex relationship between their extreme acts of bodily self-sacrifice and the elicitation of sublime, self-transcendent emotions, such as awe and gratitude, on the part of their political supporters.

Please click here to join the virtual meeting. No prior registration required.

Part of the Social Justice in Southeast Asia (SJSEA) Project faculty search in Anthropology/International Studies. This event is free and open to the public.