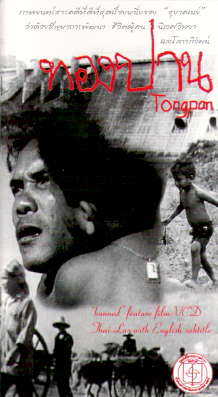 Filmed in 16mm, Tongpan is a filmic depiction of a 1975 seminar about the proposed Pa-Mong Dam on the Mekong River in northeastern Thailand. The film shifts back and forth between the seminar – and the tensions between activists and technocrats – and the lifestory of Tongpan, a farmer who was dispossessed of his land by an earlier dam. Written and performed by key intellectuals, writers and activists of the time, Khamsing Srinawk, Sulak Sivaraksa and Wityakorn Chiengkul, the film was initially banned in Thailand following its completion. The film is in Thai with English subtitles.

The film is being screened as part of the Thai Studies Workshop, an approximately biweekly collaborative reading and discussion group offered for graduate students at UW during the spring semester. For more information, please contact Tyrell Haberkorn (tyrell.haberkorn@wisc.edu).