Doing and Sidestepping the Work of Emotion:
Affect and Religion in Malaysia 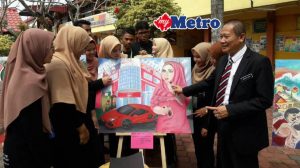 Work and emotions are intimately intertwined in Southeast Asia. The region is one of the world’s biggest exporters of domestic and care work. As a key site for the global manufacturing industry, the emotional impact on women factory workers as documented by Aihwa Ong has been staggering. Mass hysteria and psychological distress characterize the extreme effects of globalization on gender, culture, and tradition. Less attention has been paid to the affective fallout of religious transformations in Southeast Asia that have occurred alongside these economic upheavals. In Malaysia, where Muslim citizens are micro-managed by Islamic bureaucracies and sharia laws increasingly favor Muslim men, Muslim women must face inequalities in married and family life with emotional stoicism. This lecture raises the following question in response: what forms and relations of emotional labor are recruited, performed, and cultivated at this religious and socioeconomic juncture? What emotional selves are formed when pious acquiescence and acceptance are expected? Using sociological material collected from interviews, focus groups, and book fairs in Kuala Lumpur, this lecture elaborates on the argument that religious transformations in Malaysia create new forms of identifications, practices, and intimacies among Malay-Muslim women in their pursuit for personal and communal success.