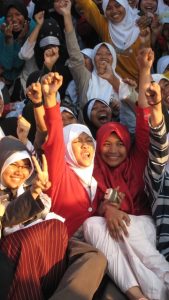 Islamic schools are often imagined as spaces of restrictive rules and limited human flourishing, especially for women. Based on two years of fieldwork (2011-2013) in and beyond school grounds, as well as a decade of follow up research, this study tells a different story. It illustrates the ways in which Islamic schooling shapes the imagined futures and real-life trajectories of students through achievement-oriented curricula that prepare young women for higher education, careers, and community leadership. The two schools of this study are highly regarded Islamic boarding schools for middle- through high-school aged girls in Yogyakarta, Indonesia. Each school is affiliated, respectively, with the two largest Muslim social welfare organizations in the country—the reformist Muhammadiyah and the neo-traditionalist Nahdlatul Ulama (NU). Both schools are committed to molding the future female leadership of their respective organizations. I argue that the model of selfhood in which students are trained is that of “encumbered selfhood”—a young woman who is achievement-oriented but always keeps in mind the social debts she owes her family, friends, peers, the nation, and the broader ummah (global Muslim community). After graduation, this socialization translates into social action for many alumnae as they apply their religious and leadership training to everyday activism and grassroots gender advocacy. This positions them, in turn, to play an important role in the maintenance of the boundaries of their communities at a time when the NU and Muhammadiyah face challenges to their authority from neo-Salafi and other prominent Muslim organizations in the country. 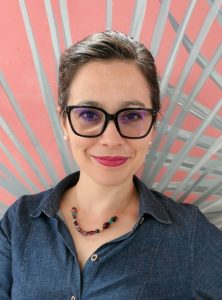 Claire-Marie Hefner is a Visiting Assistant Professor in the Interdisciplinary Study of Religions Program at Bard College.