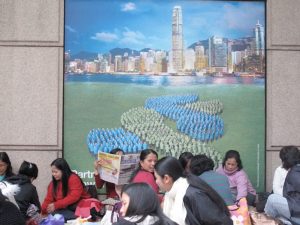 This talk examines the development of government sponsored literacy programs in the Philippines as they emerged alongside the rise of temporary care work migration in the mid-1990s to early 2000s. It suggests that as migrant care work became an increasingly vulnerable profession abroad, the government began a series of training initiatives, including skills training and language education, as a means to replace the care, in the form of welfare protection, that they could not provide for migrant citizens abroad. Drawing from qualitative research in the Philippines, including interviews with migrant workers, educators, and government employees, the talk examines the ways that literacy programs became the means to mediate an affective relationship between the state and its migrant citizens, revealing a form of care transfer that challenges care drain and brain drain narratives for migrant movement.