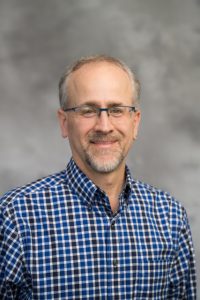 Professional spirit mediums in contemporary Bangkok envision themselves as pursuing a vocation of Buddhist piety. As a result, they have reimagined deities, possession, religious ecstasy, devotion, self-mortification, veneration, and rituals of auspiciousness as virtuous markers of a properly pious Buddhist life. And they see their subcultural vision of piety as broadly conforming to conventional normative Thai understanding of what it means to be a pious Buddhist.  In many ways, this self-understanding of Bangkok professional spirit mediums can be interpreted as a form of “Buddhaization”, a social and historical process which scholars such as Kirsch and Kitiarsa have described as “religious upgrading” or the reframing and reinterpretation of non-Buddhist or ambiguously Buddhist beliefs and practices in explicitly Buddhist terms and frames. This talk will reflect on the interpretive value of analyzing the subculture of contemporary Bangkok professional spirit mediums as a case of “Buddhaization”, as well as the degree to which we can see evidence of “Buddhaization” elsewhere in recent developments in Thai popular religiosity and Southeast Asian religiosity more generally.

Erick White is an Assistant Professor in the Department of Asian Languages and Cultures at the University of Michigan. His research explores the cultural politics of popular religion in Thailand, the subculture and religious careers of Bangkok professional spirit mediums, and the socio-cultural dynamics underlying claims to Buddhist charismatic authority and legitimacy. He is the author of “Fraudulent and Dangerous Popular Religiosity in the Public Sphere,” “Contemporary Buddhism and Magic,” “Rethinking Anthropological Models of Spirit Possession and Theravada Buddhism,” and “The Institutional Dynamics of the Contemporary Thai Sangha – A New Research Agenda.” He is currently drafting a book manuscript, “Spirit Possession as Buddhist Vocation: Piety, Devotion and Deities in Modern Thai Buddhism.”