Variegated Transitions of Agrarian Capitalism:
The Rubber Boom and Bust in Northern Laos 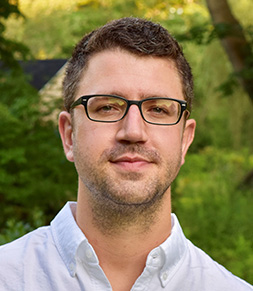 Over the past two decades, the rubber tree as a cash crop in Southeast Asia has expanded from its longstanding bases in southern Thailand, Malaysia, and Indonesia to new sites of cultivation in southern China, Northeast Thailand, Laos, Cambodia, and Myanmar, driven by favorable government policies and high prices. A price crash since 2011, however, has prompted a reassessment of the potential for the crop to help the rural poor across these regions improve their livelihoods. This presentation highlights the social-environmental manifestations of the rubber boom and bust in Northern Laos through a longitudinal study of varying rubber growing arrangements and resulting agrarian transitions. The theoretical lens of variegated capitalism is applied to the question of agrarian change to show the diverse ways in which agrarian capitalism has been expressed across a single region. Comparing research that spans a decade, conducted in 2008 and again in 2018, I trace how the roller coaster of rubber prices have been absorbed in different ways by independent smallholder, contract farming, and large-scale estate forms of rubber production. These distinct social arrangements have led to a divided landscape of rubber winners and losers, between those who are driving the crop’s expansion and upgrading their living standards to those who have been dispossessed of their land, lost access to the forest frontier, and resorted to piecemeal labor on other farmers’ plantations.

Miles Kenney-Lazar is an Assistant Professor of Geography at the National University of Singapore.  His research interests include geographies of land dispossession in Southeast Asia, industrial plantations and agrarian-environmental change, and resource politics and resistance in extractive frontiers.

Co-sponsored by the Department of Geography, UW-Madison.