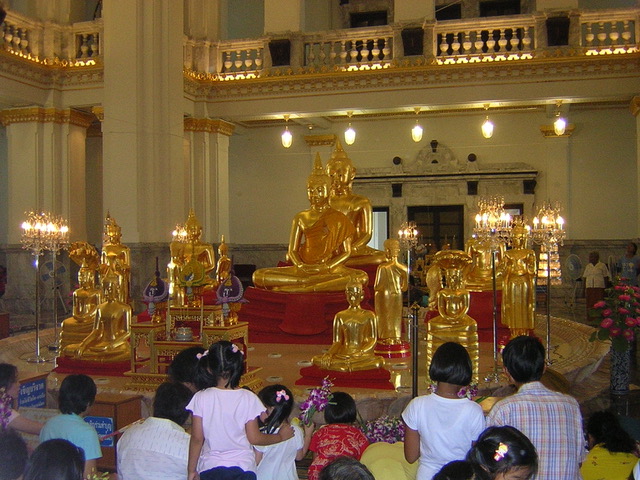 Numerous scholars have addressed the theoretical problem posed by the worship of gods and spirits in Theravāda Buddhist countries. I have previously argued that we should abandon divisions of Thai religion into Buddhism, Brahmanism, and spirit worship and instead recognize the indigenous vocabulary of “holy things” (sing saksit), crossing putative sectarian boundaries, that are capable of granting boons. The worship of gods and spirits is in fact completely compatible with normative Buddhist discourse, insofar as supernatural beings are recognized as beings trapped within saṃsāra. Buddhism, in other words, has an “implicit theology.” However, this does not explain the propitiation of Buddha images for boons. Through a historical analysis of the term saksit and associated vocabulary in Thai literature, I argue that another discourse is at work in Thailand, the discourse of saiyasāt. This discourse is a vestige of the “Śaiva world” that dominated the Sanskrit cosmopolis of the middle ages, and in which much of Southeast Asia took part, prior to the introduction of the Islamicate cosmopolis to Southern Asia and the reactionary formation of the Pali cosmopolis in Sri Lanka and mainland Southeast Asia from the 13th century on. Discourse analysis thus allows us to understand Buddha images as simultaneous referents of two discourses—normative Pali Buddhist discourse and the vestigial Śaivism of saiyasāt discourse—without resorting to the problematic concepts of “syncretism” and “popular religion.”