“Mobilizing for Elections: Patronage and Political Machines in Southeast Asia” 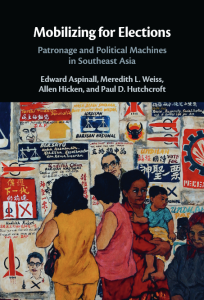 Across Southeast Asia, as in many other regions of the world, politicians seek to win elections by distributing cash, goods, jobs, projects, and other material benefits to supporters. But they do so in ways that vary tremendously—both across and within countries. In this talk, Paul Hutchcroft of the Australian National University will discuss Mobilizing for Elections: Patronage and Political Machines in Southeast Asia, published last year by Cambridge University Press and co-authored with Edward Aspinall (ANU), Meredith Weiss (the University at Albany, SUNY), and Allen Hicken (Michigan). The book presents a new framework for analyzing variation in patronage democracies, focusing on distinct forms of patronage and different networks through which it is distributed. These insights draw on a large-scale, multi-country, multi-year research effort involving interactions with hundreds of politicians and vote brokers, as well as surveys of voters and political campaigners across the region. At the core of the analysis is the concept of electoral mobilization regimes, used to describe how key types of patronage interact with the networks that politicians use to organize and distribute these material resources: political parties in Malaysia, local machines in the Philippines, and ad hoc election teams in Indonesia. In doing so, the book shows how and why patronage politics varies, and how it works on the ground. 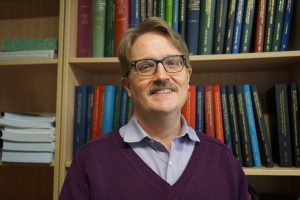 Paul D. Hutchcroft is a scholar of comparative and Southeast Asian politics who has written extensively on Philippine politics and political economy. He is professor of Political and Social Change in the Australian National University’s Coral Bell School of Asia Pacific Affairs (of which he was founding director, 2009-2013).