“Qhuab Ke as Method:
Rethinking Southeast Asian History through the Historiography of the HMoob Diaspora” 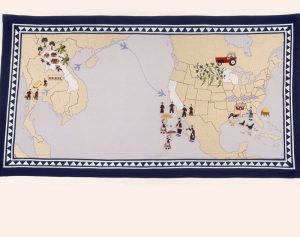 In January 1961 at the 1st International Conference of Southeast Asian Historians, John R. W. Smail posed a critical question for the field: is it possible to develop an autonomous history of Southeast Asia? And if so, what might such a history entail? But while Smail looked to the burgeoning community of scholars for his answer, this presentation will turn instead to the indigenous epistemology of the HMoob diaspora to reconsider the stakes and the applications of an autonomous history of Southeast Asia. Qhuab ke, a traditional funerary ritual, offers a fertile starting point from which to explore the powerful anti-imperial potential of HMoob historiography. The practice of qhuab ke, or showing the way, involves a ritual expert guiding the soul of the deceased backwards through the places they have called home, stopping briefly in their birthplace before continuing on to join their ancestors as they stand guard over an imagined homeland. Prioritizing connection and movement over boundaries and, by moving backwards in time, emphasizing individual agency in the midst of the grand currents of history, the historiography represented in qhuab ke is a fundamentally different spatial and temporal approach to the field. The HMoob diaspora thus offers a powerful critique of Southeast Asian Studies as a segmented area studies discipline, showing that the autonomous history of Southeast Asia might be found not only by zooming in to the local, as Smail suggests, but by challenging the margins and borders of the field. To illustrate the anti-imperial potential of this framing, this presentation will use HMoob refugee history to argue that the future of Southeast Asian Studies lies not in clinging to the colonial legacy of area studies scholarship, but instead in a flexible approach that embraces the intertwined and intimate histories of Southeast Asians themselves-wherever (and whenever) they might be. 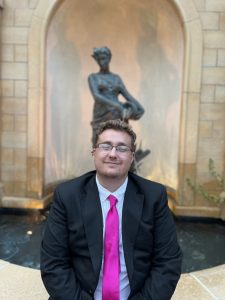