The Harvey Goldberg Center for the Study of Contemporary History
and the Center for Southeast Asian Studies present: 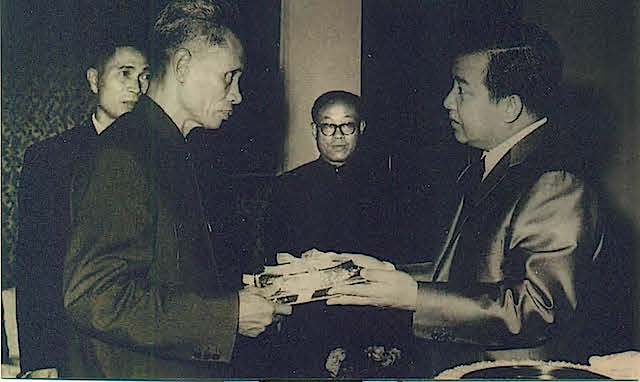 Dr. Kosal Path is an Assistant Professor of Political Science at Brooklyn College. He is a survivor of the Cambodian genocide and worked as a researcher for the Yale University’s Cambodian Genocide Program and Documentation Center of Cambodia between 1995 and 2000. Before joining Brooklyn College, the City University of New York in 2013, he taught at the School of International Relations at the University of Southern California. His research interests include Southeast Asia’s relations with China, genocide, and transitional justice.

Drawing on new archival evidence from the Vietnamese archives, the lecture focuses on a political history of how early reformists, including former Foreign Minister Nguyen Co Thach, shaped Vietnam’s “new thinking” about foreign economic relations — a less ideological and broad-based foreign policy — that culminated in the Doi Moi policy in 1986. Dr. Path’s central argument is that the post-1975 economic crisis and Vietnam’s costly engagement in a two-front war in Cambodia and against China undermined the conservative leaders’ military-first priority and emboldened the reformists to advance their ideas of economic reforms in Vietnam’s foreign policy decision-making.