The New Spectrum of Islamism in Malaysia and Indonesia 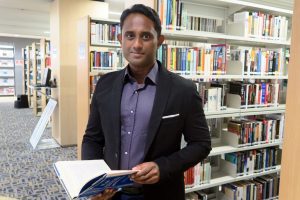 Two recent elections in Malaysia and Indonesia indicate that political Islam in both countries is increasing in influence. For the first time since the Malaysia’s independence, the 14th general elections in 2018 saw a change of government in the country. While many observers described the momentous election as a harbinger of a new dawn of liberal democracy, a more nuanced analysis of the results suggests a different trajectory. The Pan-Malaysian Islamic Party (PAS) performed remarkably well, winning control of two state governments and capturing 18% of the popular votes, and a new Islamist party, the National Mandate Party (Amanah), is an important part of the governing coalition. In 2017, the Basuki Tjahaja Purnama (Ahok) failed to be re-elected as Jakarta’s governor after an intense campaign by Islamist groups against his alleged blasphemous remarks made against Islam.

An in-depth analysis of the socio-political underpinnings of these elections suggest that Islamism in Malaysia and Indonesia are no longer the prerogative of Islamist parties. This presentation focuses on the numerous strands of Islamism which have found expression in both countries, ranging from bureaucratic Islamists working within governments to Islamists active within the civil society space. The new spectrum of Islamism features a traditionalist religious orientation, denounces Shi’ism and Salafism as deviancy, and focuses on effecting incremental change within the social system, willing to work with secular state actors to achieve these goals.