Pushed at the Margins: Social Patterns of Discrimination, Human Rights Abuses, and Violence Against Women at the Thai-Myanmar Border 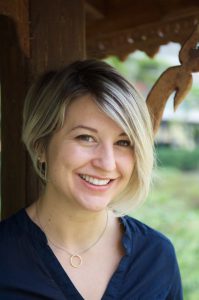 Myanmar has ranked in the top ten major source countries for refugees worldwide since 2009, with roughly half a million fleeing violence perpetrated by the authoritarian Burmese military regime (or Tatmadaw) in 2015 alone. The Shan state, bordering the northernmost region of Thailand, has been one of the most severely affected ethnic states by the Tatmadaw’s “Four Cuts” (Pya Ley Pya)- the strategic cut-off of selected villages’ sources of food, money, intelligence, and recruits to ethnic insurgency groups- coinciding with extrajudicial killings, torture, sexual violence, and property seizures against civilians. The Shan living in northern Thailand along its border with Myanmar now reflect multiple decades and generations of displacement triggered by conflict coexisting with Shan communities in Thailand that predate such displacement. The resulting border landscape captures a mosaic of life histories that underlie fundamental determinants of health and social wellbeing. Based on interviews with over 600 women living at the Thai border with the Shan state, I examine more closely how forms of displacement, legal documentation, and related discriminatory structures shape women’s past and ongoing experiences of violence and human rights abuses in these spaces.