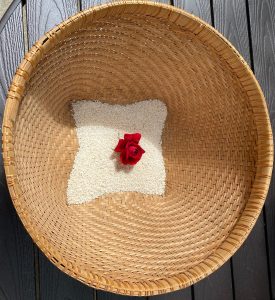 Of Rice and Roses: Preliminary Thoughts on Critical Pleasure and the Philosophy of Sabai

Colonial regimes in Southeast Asia considered natives to be lazy and incapable of making progress, and thus separate from the industrial world. In recent decades, global capital and shifts in political regimes in Southeast Asia have engendered massive changes in local lifestyles within nations, have redefined structures of labor, and have resulted in mass migrations. With a focus on Cambodia and its diaspora, this talk argues for the need of critical pleasure or sabai in the aftermath of genocide and the current global pandemic and ongoing climate crisis. Further, it seeks to reassess how ideas of progress, civilization, and time are expressed and negotiated in everyday life. Last, the talk hopes to engage the audience with the following questions: Can one define a local aesthetic of sabai? How is sabai embodied and pictured? How might the traditional local Southeast Asian understanding of sabai contribute to the discourse on and practice of critical pleasure? 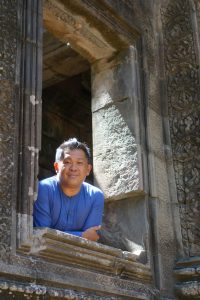 Born in the cosmopolitan village of Phnom Penh, Cambodia, Boreth Ly is an associate professor of Southeast Asian art history and visual culture at the University of California, Santa Cruz. She coedited with Nora A. Taylor, Modern and Contemporary Art of Southeast Asia (2012). In addition, she has written numerous articles and essays on the arts and films of Southeast Asia and its diaspora. Academically trained as an art historian, Ly employs multidisciplinary methods and theories in her writings and analysis, depending on the subject matter. Last, she authored, Traces of Trauma: Cambodian Visual Culture and National Identity in the Aftermath of Genocide (University of Hawai’i Press, 2021).