Border and Bribery:
An Anthropology of Corruption

~ Keynote Lecture for the 2022 Council on Thai Studies (COTS) Conference ~

Corruption has often been defined as a sign of social instability and decay, endemic to weak states with poor legal order. Anti-corruption networks, policymakers, politicians, and international institutes intrinsically linked corruption to the lack of good governance and transparency believed to lead to consequential economic losses for the developing world. Such view is shaped by the separation between the state and society and the law and corruption opposition. Drawing on fieldwork in border town A in western Thailand, this talk attempts to move away from the duality of the relationship between state and corruption and corresponding public and private dichotomy by investigating the politics of bribery, extortion, and brokerage operating at the border. In rethinking the anthropology of corruption, the speaker argues that corruption in the form of bribery has not only been central to the process of state making at the margin, it has also been key to accumulation of capital through fixity of migrant workers that connects the margin with the global textile industries. The complex relationship between state’s reification and exploitation of migrant categories, and immigrant’s negotiation of such immutability are discussed as fundamental to what Kirsten Endres calls ‘corrupt exception’ – the overlapping state of inclusion and exclusion in which corruption has become the norm rather than the exception. 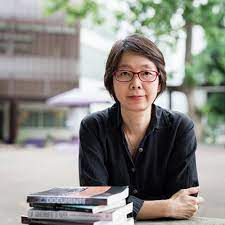