Four of the Thirteen Lives Are Stateless:
The Cave Rescue, Hollywood Heroism and Ethnonational Traps at the Thai-Burma Border

In 2018, the world news watchers were captivated by the real-life rescue of the boys’ soccer team, the Wild Boars, from deep within the labyrinth of Tham Luang Nang Non cave in Chiang Rai Province, Thailand. The amazing story was ripe for the plucking, with suspense, drama, and a happy ending. Just 4 years later, Hollywood director Ron Howard released the movie Thirteen Lives, with professed dedication to contextual authenticity. Moving from the heroic story itself, this presentation will consider ethno-nationalist discourse, and how Thai-ness is visible, assumed, or glossed over, depending on the situation. Does it matter if we emphasize their regional identity? Their Shan-ness? How are the boys trapped in the cave different from Shan construction workers? Can discussion of the amazing story, even the Hollywood film, prompt discussion about citizenship law reform? In addition to considering the framing of Ron Howard’s movie in light of these questions, this presentation draws upon ethnographic discussion of everyday statelessness in Thailand, as presented in my recent book Repossessing Shanland: Myanmar, Thailand, and a Nation-State Deferred. 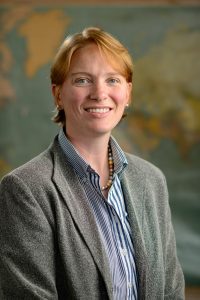 Jane M Ferguson is Associate Professor in Anthropology and Southeast Asian History at the Australian National University, and currently the Fuller Visiting Professor of Southeast Asian Studies at Ohio University. Her research interests include ethnicity and nation in Myanmar and Thailand, Burmese cinema, unpopular culture, and passenger aviation. She is the author of Repossessing Shanland: Myanmar, Thailand, and a Nation-State Deferred, published by the University of Wisconsin Press.