“Looking For My Family’s Roots in a Changed Vietnam?” 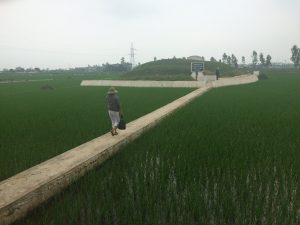 Returning to Vietnam after the Vietnam War ended in 1975, I found a country that time, two long and devastating wars, a Communist revolution, globalization and modernization, had transformed physically, socially, politically, economically, and culturally. My challenge was to find, underneath these changes, the vestiges of our journey through the country’s turbulent decades, unearth the traces of the society, culture, religion, and customs that formed my family’s story, and locate and convince long lost relatives to share their experiences of war and revolution that would fill the gaps of my knowledge. In my talk, I will share what I discovered during the many trips I made back to Vietnam to search for my family’s roots. 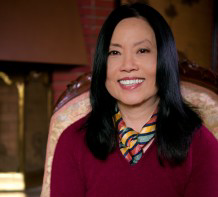 Mai Elliott is the author of The Sacred Willow: Four Generations in the Life of a Vietnamese Family, a personal and family memoir which was nominated for the Pulitzer Prize. Her second book, RAND in Southeast Asia: A History of the Vietnam War Era, chronicles this think tank’s involvement in research about the Vietnam War at the behest of policy makers in Washington D. C. and the impact of this involvement on RAND itself. The New Yorker magazine called her family memoir “as engrossing as fine literary fiction and indispensable to understanding Vietnam from a Vietnamese perspective.” In a 2016 podcast, author Malcolm Gladwell called her family memoir “beautiful” and her book about RAND “brilliant,” and listed both on his podcast website as recommended readings.

Mai Elliott also served as an advisor to Ken Burns for his documentary on “The Vietnam War,” which aired on PBS in September 2017, and featured in seven of the ten episodes of the film. She is a frequent speaker and writer on Vietnam. She recently contributed a chapter for a Cambridge University Press 3-volume work on the Vietnam War, and has completed a novel on Vietnam in the early 1960s. Mai Elliott was born in Vietnam and grew up in Hanoi and Saigon. She attended French schools in Vietnam and is a graduate of Georgetown University in Washington D.C.

This event is free and open to the public. A recording of this talk will be available on the CSEAS YouTube channel following the event.