Congratulations to UW-Madison Professor of History Alfred McCoy on the recent publication of In the Shadows of the American Century – The Rise and Decline of US Global Power, Haymarket Books, 2017.

~ A meticulous, eye-opening account of the rise, since 1945, and impending  premature demise of the American Century of world domination ~

In a completely original analysis, prize-winning historian Alfred W. McCoy explores America’s rise as a world power—from the 1890s through the Cold War—and its bid to extend its hegemony deep into the twenty-first century through a fusion of cyberwar, space warfare, trade pacts, and military alliances. McCoy then analyzes the marquee instruments of US hegemony—covert intervention, client elites, psychological torture, and worldwide surveillance.

Peeling back layers of secrecy, McCoy exposes a military and economic battle for global domination fought in the shadows, largely unknown to those outside the highest rungs of power. Can the United States extend the “American Century” or will China guide the globe for the next hundred years? McCoy devotes his final chapter to these questions, boldly laying out a series of scenarios that could lead to the end of Washington’s world domination by 2030. 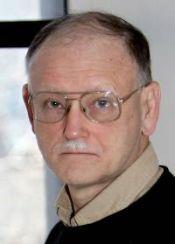 Alfred W. McCoy holds the Harrington chair of History at the University of Wisconsin-Madison, where he teaches classes on the Vietnam War, modern empires, and U.S. foreign policy. He is also the author of Policing America’s Empire: The United States, the Philippines, and the Rise of the Surveillance State (Madison, 2009), which won the Kahin Prize from the Association for Asian Studies. His best known book, The Politics of Heroin, stirred controversy when the C.I.A. tried to block its publication back in 1972, but has remained in print for nearly 50 years, been translated into nine languages, and is generally regarded as the “classic” work on global drug trafficking.