The Center for Southeast Asian Studies is pleased to welcome our scholar in residence, Hjorleifur Jonsson (Arizona State University) and Fulbright visiting scholar, Rakhmat Hidayat (Universitas Negeri Jakarta). Read below for more information on their research interests and contact info. 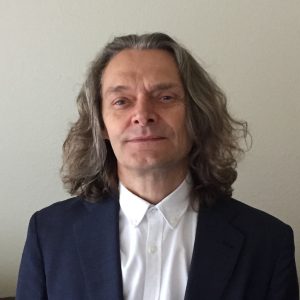 Hjorleifur (Leif) Jonsson is Professor of Anthropology at Arizona State University. His work has focused on the interplay of culture, history, politics, and ritual in Southeast Asia, especially among the Mien in Thailand. Current/future research concerns diversity and civil pluralism, with a particular focus on Thai film and fiction. His most recent publications are “Good attachment in the Asian highlands: Questioning notions of *loose women and *autonomous communities” (Critical Asian Studies, 2020) and (with the late Richard Cushman) “Mosquito-relish diplomacy: Emperor Ping’s Charter and hill-valley dynamics between China and Thailand” (Journal of the Siam Society, 2020). 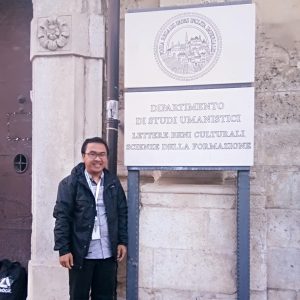 Dr. Rakhmat Hidayat is a Fulbright Visiting Scholar, and will be based at the University Wisconsin-Madison between July and the end of December 2021. He is affiliated with the Center for Southeast Asian Studies, and his host supervisor is Dr. Ian Baird. He received his PhD in France, and is presently a senior lecturer at the Department Sociology, State University of Jakarta, Indonesia. His research field is the sociology of ethnicity and Indigenous peoples in Indonesia. He intends to take the lessons learned from the US and use them to benefit Indonesia.

He is interested in having discussions with people in Wisconsin, particularly American Indians, but also potentially others as well, in order to exchange ideas about indigeneity and other relevant concepts, as they relate to the United States and Indonesia. He is also interested in exploring the circumstances of Indigenous peoples in the United States, particularly in the State of Wisconsin but also elsewhere. This includes investigating such important issues as tribal sovereignty, legal precedent, and treaties, as well as applicable principles of human rights and international conventions. He is particularly interested in ethnicity and ethnic difference, and the ways that First Nations in the United States and US Federal, State and local governments variously interact. Email: hidayat@unj.ac.id/rhidayat@wisc.edu